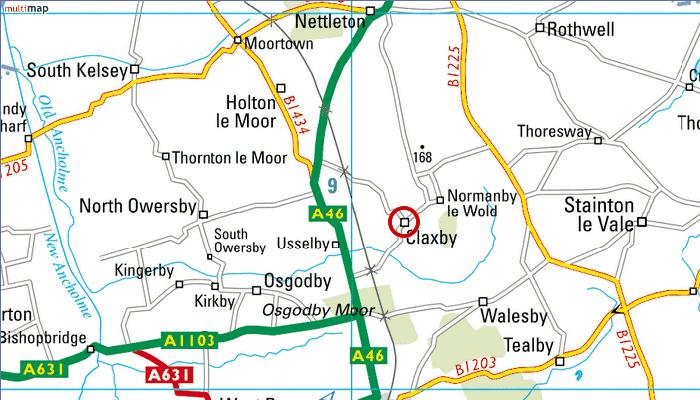 The Parish of Claxby is a short distance from the main A46, about half way between Market Rasen and Caistor at the foot of the Lincolnshire Wolds. As you approach the village you have a panoramic view of the Wolds and the famous “golfball” radar station, which is at the highest point in the county.

The 686 hectares (1700 acres) of the parish is mainly open agricultural countryside with its eastern part inside the Wolds Area of Outstanding Natural Beauty. The area is remote, tranquil and rich in wildlife.

There have been archaeological finds from Anglo Saxon, Roman and even Mesolithic eras and the Danish name shows there was a community here in the 9th century. The village founders no doubt used the lowland for crops and the hillside for rough pasture and spectacular views to the west. Little has changed.The village is mentioned in the Domesday Book, (with 75 families and a mill) and the church dates from the 13th century. The village was probably busiest in the 19th century when, boosted by nearby ironstone mining, the population rose to 357. This was enough to support a school, a pub, two chapels and the church was thoroughly restored in 1870. More information on this important time for the area can be found on the village website.

By the early 21st century the population has almost halved. The school closed in 1971 but the building, since added to, continues as the Viking Centre, a well-used residential facility for visiting groups. One chapel has gone and the other is now the Village Hall. St Mary’s church, one of the Walesby group, has fortnightly services and an enthusiastic band of bell ringers.

The village is compactly laid out on just four roads, Mulberry Road, St Mary’s Lane, Normanby Rise and Boggle Lane. A number of footpaths provide links to the surrounding countryside and the Viking Way  and the village is also at the heart of the Lindsey Loop

Amenities include a playing field and children’s playground on Normanby Rise. There is no pub or shop. The defunct public phone box is now a library for the free exchange of second hand books.

The area is a popular centre for walkers and there is a hostel, The Viking Centre, that can accommodate groups of up to 20 people in dormitory style rooms.

Claxby is a small but active community that, like preceding generations, values its village and surroundings.

The community is represented and served by the Parochial Church Council, the Parish Council and the Viking Centre management.

In recent years both regular and ad hoc events, such as open-garden days, picnics, afternoon teas and bonfire parties, have raised money for charities and local causes. The village also has a book club and its own choir (Claxby Community Choir).

For a splendidly detailed history of the village in the 19th and 20th centuries, please see the history by Rex C Russell and Elizabeth Holmes, published by the Parish Council in 2002.

There is a Facebook page dedicated to Claxby memories.